Citizens Can Unite to Fight City Hall – and Highway Departments

This account is based on a report written by Stanhope Browne in the spring of 1967. He led the citizens’ effort to change the design of Interstate 95 as it passed through the historic area of Philadelphia. The new concept of the design was finally approved, with federal intervention, just after he finished this report. He included it as a section in his book manuscript, “A Memoir of East Philadelphia.” He wrote the beginning of the sections that follow in 2010, but was unable to complete it before his death in 2013. 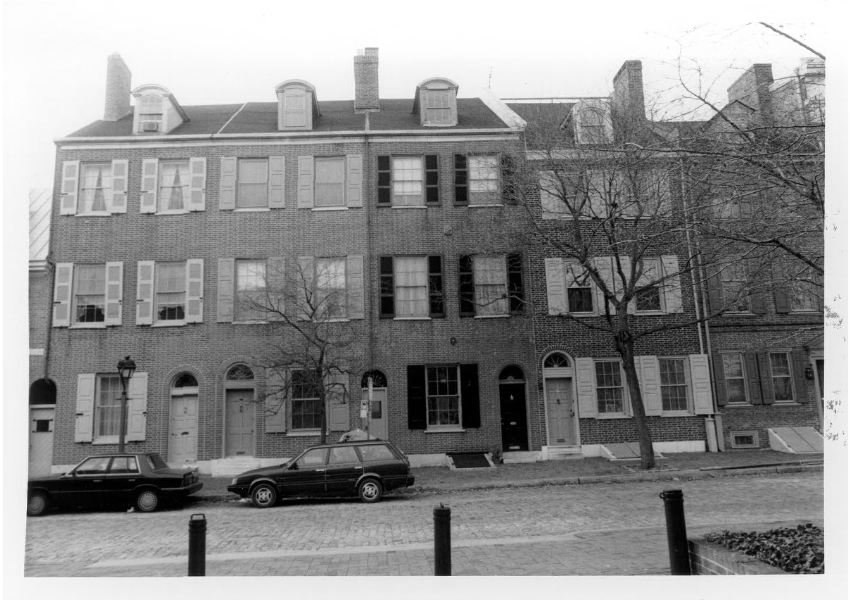 This property is one of four 3½-story Greek Revival row houses built in 1816 by merchant, banker, and real estate developer Stephen Girard on the former site of Revolutionary War General John Cadwalader’s Second Street mansion. Upon the four buildings’ construction, they included shops on the first floor and housing for the shopkeepers above. Girard also recycled some building materials (including bricks) from the original mansion in the new construction. Three of these four buildings still remain, with the last having been torn down for the construction of Delancey Mews in 1967. 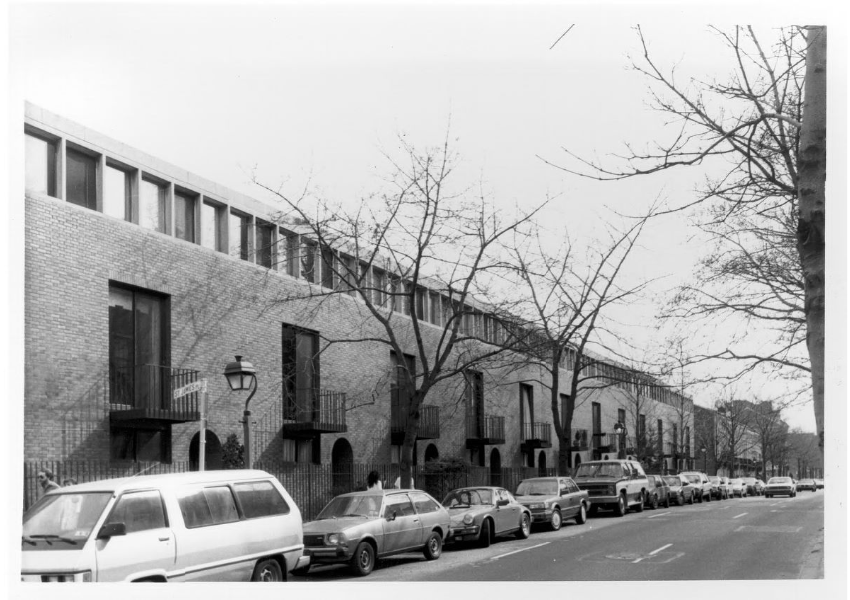 This is one of a row of twelve 3-story, 2-bay, 20 feet-wide contemporary brick row houses designed by I. M. Pei in 1962, stretching from 233 to 255 S 3rd Street. The full complex of 37 buildings includes three other rows of houses—at 232-254 Philip Place, 284-292 St. James Place, and 281-293 Locust Street—all arranged around a central courtyard for parking. These townhouses complement the three neighboring high-rises of Society Hill Towers that Pei also designed. Webb and Knapp was the developer. 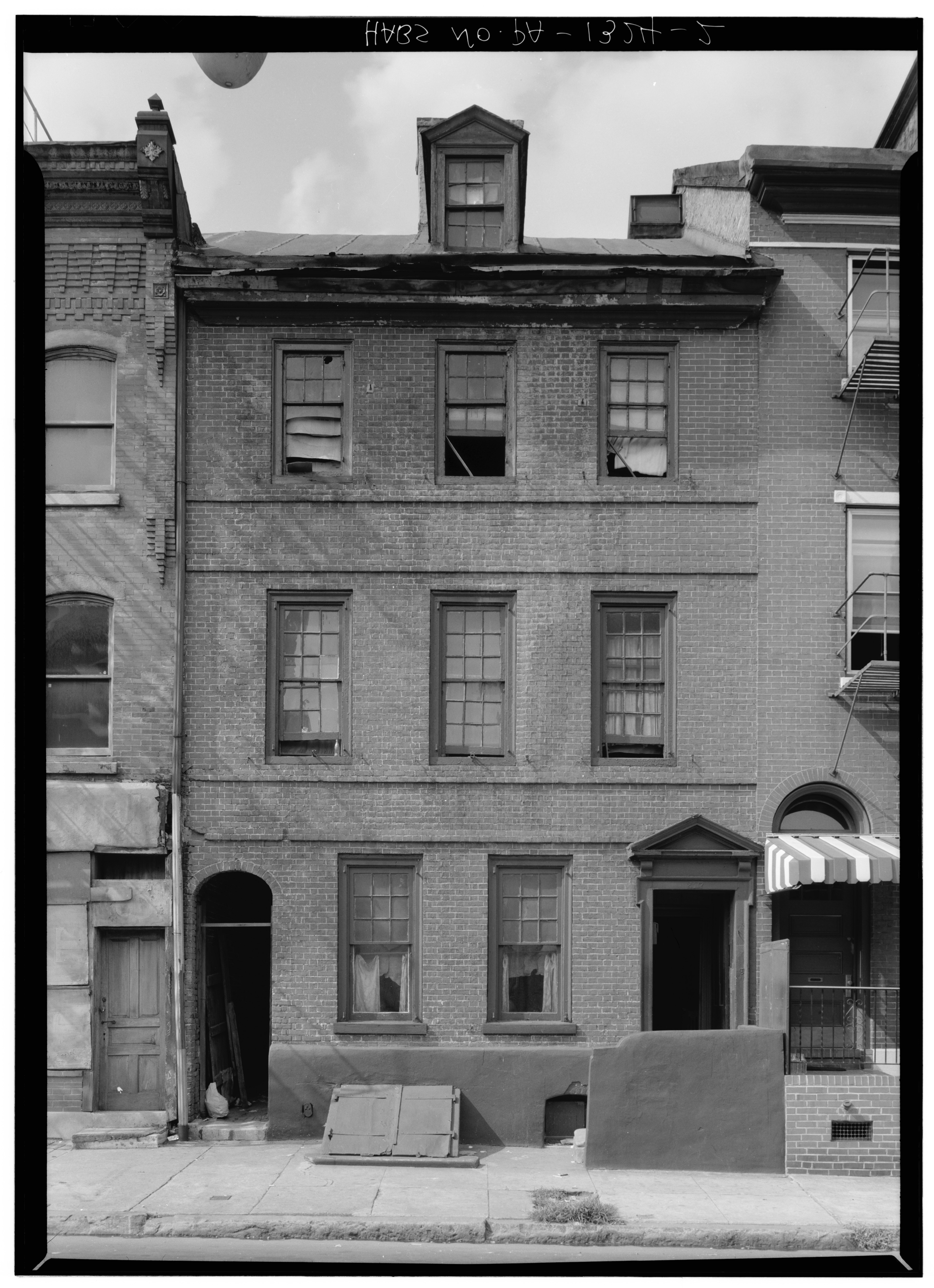 The Davis-Lenox House is a 3-bay, 3½-story, red brick Georgian row house built on this 21 by 80-foot lot by house carpenter James Davis in 1758. Major David Lenox, a Revolutionary War hero and, later, President of the Bank of the U.S. and U.S. Representative to the Court of St. James, lived there from 1779 to 1810. The original house measured only 30 feet deep, with a separate kitchen building in the back. In 1784, Lenox added a third floor and a garret and constructed a new two-story kitchen building, which was attached to the main house via a “piazza” with a staircase. 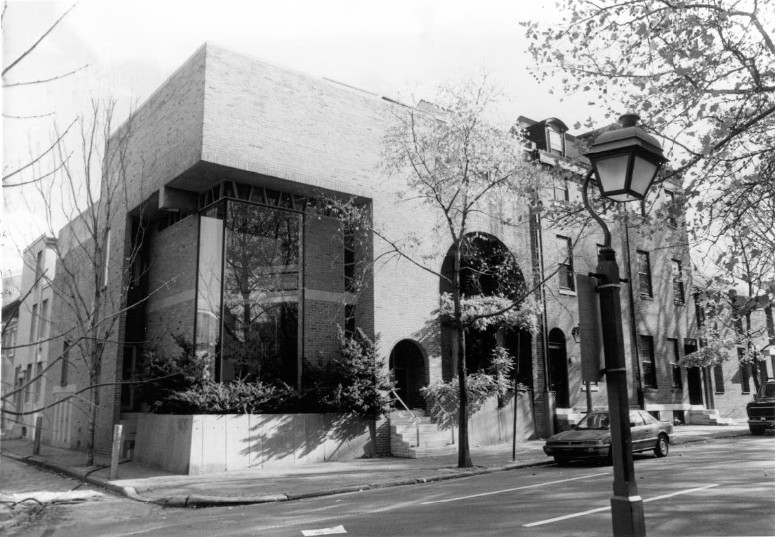 This three-story contemporary row house was built by architect Hans Egli in 1968-70. Arches are characteristic of Egli’s work, and they appear here in the form of the recessed entryway and main window along S 4th Street. The monumental, two-story rectangular northwest corner window affords expansive views of Saint Peter’s across the street. The building itself follows an L-shaped plan, surrounding a rear garden; and the entire property occupies two adjoining lots. A garage tucks into the rear north side of the building, along Stamper Street. 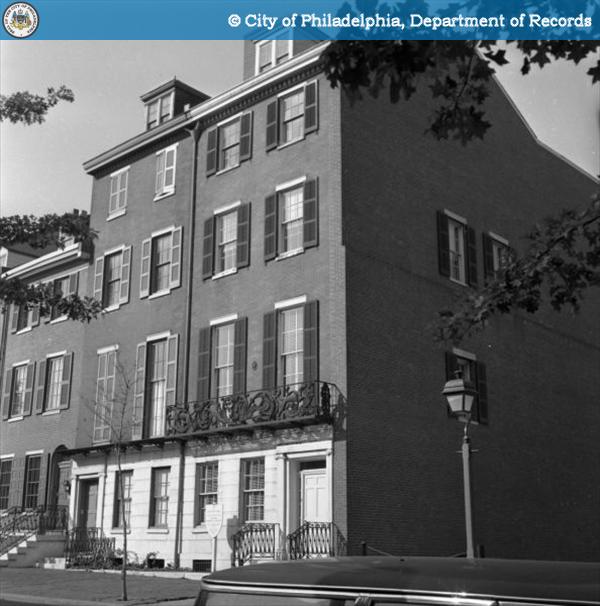 Built in 1834, this is one of three (but now, only two) 4½-story Greek Revival row houses built on the 200 block of S 3rd Street by Thomas U. Walter, the architect of the U.S. Capitol dome. The first floor of the façade is notable for its marble facing, while the second floor has a cast iron balcony running along its width. Louvered shutters adorn the 9-over-9 and 6-over-6 double hung windows, each with marble lintels and sills. A molded wood cornice with dentils tops the façade, above which a paired dormer with pediment marks the final half-floor. 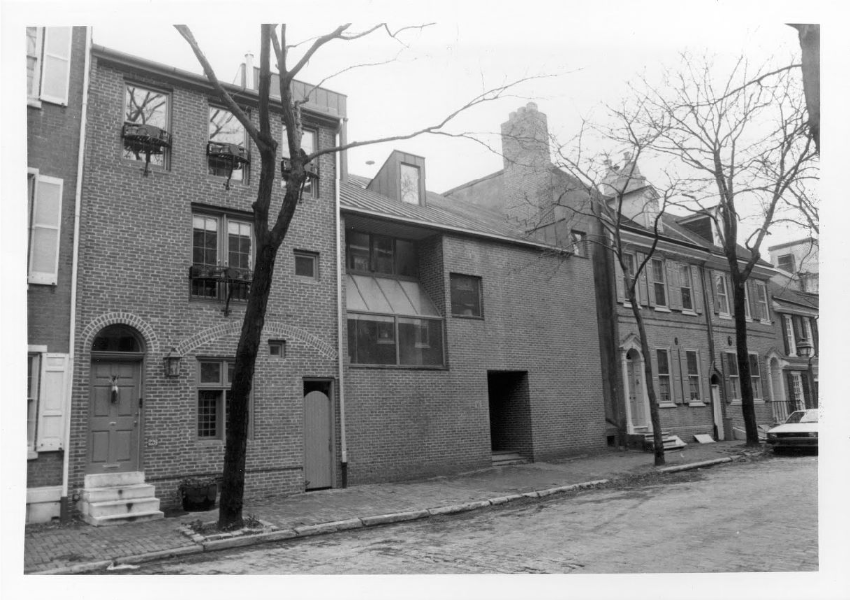 This double-lot property contains a three-story brown brick contemporary row house designed by Mitchell/Giurgola Architects ca. 1970. Before urban renewal, the site had been home to a four-story row house and an empty lot. Lynne and Franklin Roberts purchased these properties in 1965 for $6,400 and commissioned the new house in which they still reside today. 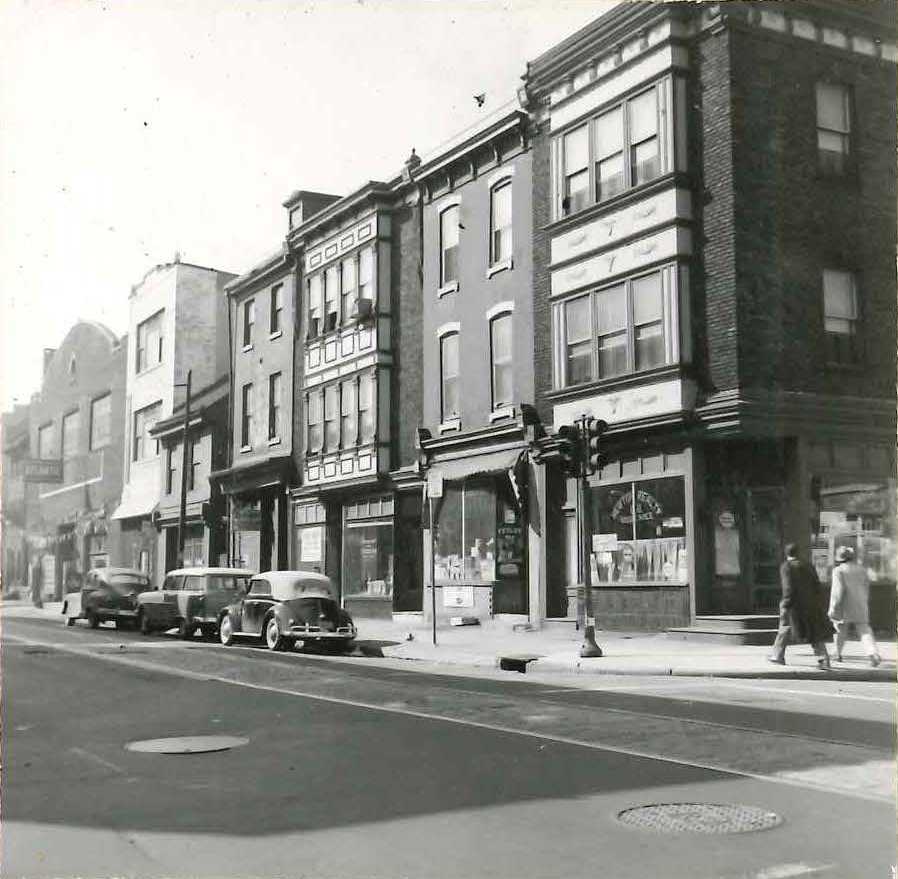 This two-story tan brick contemporary row house with a courtyard garden sits at the corner of South Fourth and Cypress Streets.