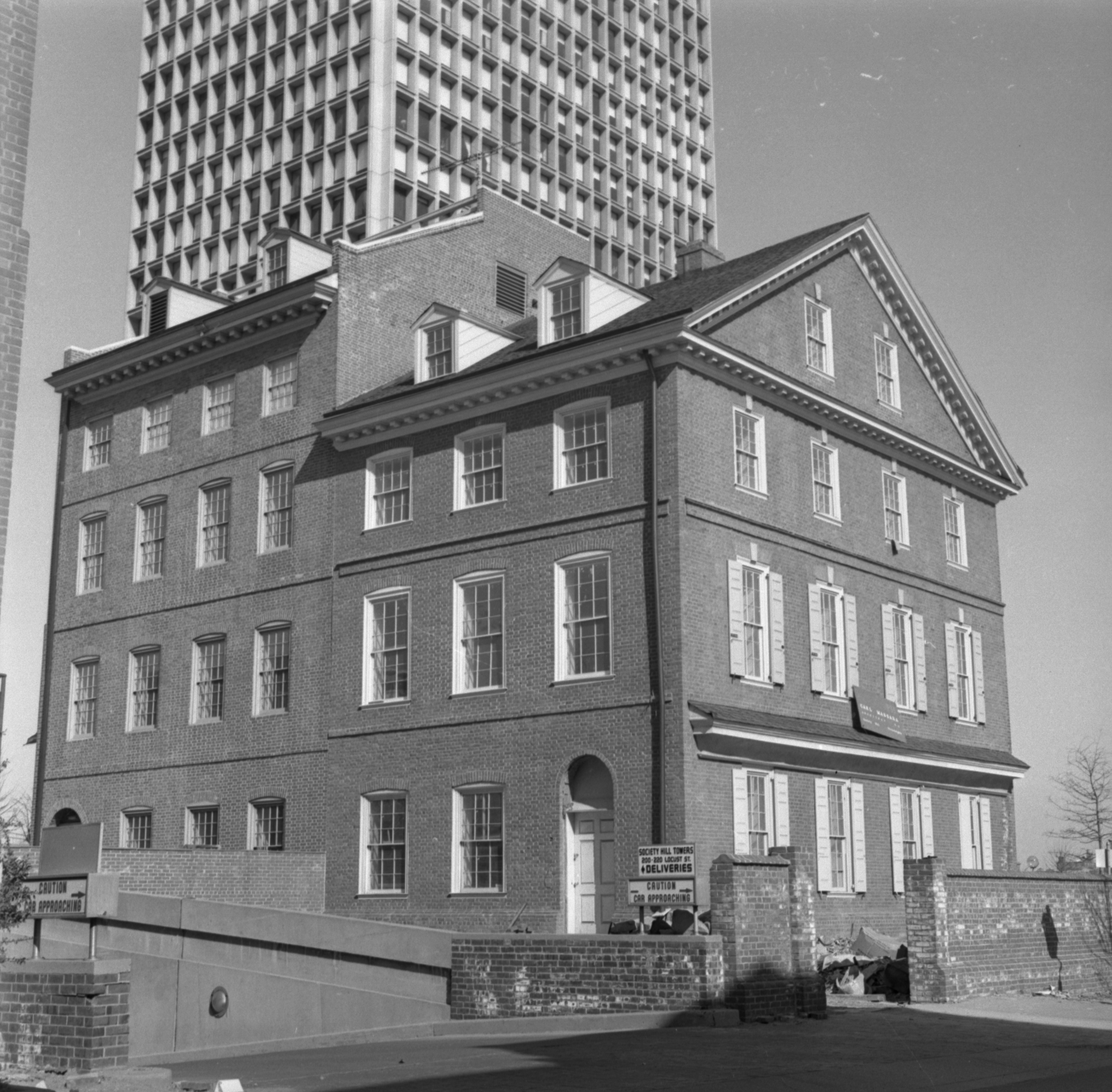 This tour covers the urban renewal of Society Hill as a “landmark” preservation project of urban renewal, focused on residential rehabilitation and new construction, with significant commercial and industrial demolition, and some commercial redevelopment.

The tour will ask you to examine old maps and photographs and compare them to present-day landscapes in order to unearth processes of change. At some of the tour stops, it will also incorporate audio clips from municipal leaders and neighborhood residents who share their ideas and experiences in their own words (click on the audio button to hear their voices).

Before we begin, here is just a little background on urban renewal in Philadelphia. A group of civic and business leaders formed the Greater Philadelphia Movement and helped establish the Philadelphia City Planning Commission (PCPC) in 1942. The PCPC developed a city-wide plan and individual area renewal plans. In 1945, Pennsylvania passed its Redevelopment Law. One year later, Philadelphia created its Redevelopment Authority. The federal Housing Act of 1949 provided critical funding to make redevelopment possible. It provided grants to cover 2/3 of the cost of acquiring and clearing land, thereby ensuring that most early projects would be clearance-oriented. Also in 1949, Edmund Bacon became director of the Philadelphia City Planning Commission. He would be a leader behind the redevelopment of these areas.

Over time, rehabilitation and preservation became part of urban renewal as well, thanks to changes in federal funding (including in the federal Housing Act of 1954), the lessons of experience, and the increased power of community voices. In Philadelphia, rehabilitation was championed by planners for being cheaper than clearance and new construction. At the same time, a limited conception of what was “historic” led only some of the city’s historic fabric to be retained. And, even as a significant portion of the physical fabric remained, the community that populated it changed dramatically.

Tour developed by Francesca Russello Ammon, in collaboration with the oral history collection of Project Philadelphia 19106.